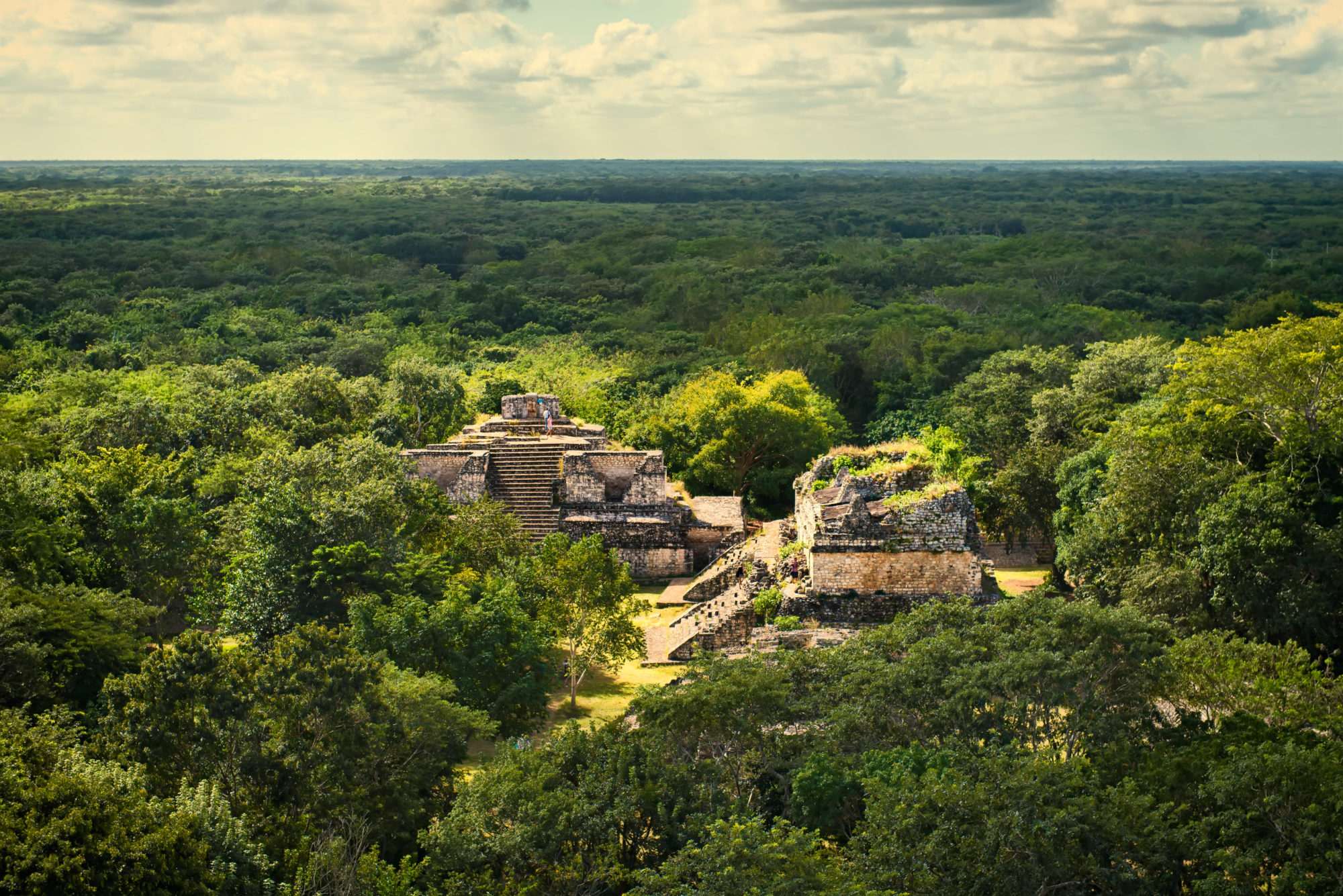 Belize is the epicenter for the rich and ancient world of the advanced civilization known as the Maya. The empire first evolved around 350 B.C. and occupied the tropical regions of Belize, Guatemala, and other parts of Central America. It’s estimated that around 2 million Mayans once resided in the area for a 2,000-year span. While it’s unclear if they were torn apart by war, famine, or some other force; during their reign, they were a civilization known for their advanced technologies. They were also adept in mathematics, agriculture, and science.

Today, their influence can be seen across the region. Many of their sacred structures still stand and have been aweing and intriguing tourists for decades.

While cave tubing through the Nohoch Che’en  or a trip to Actun Tunichil Muknal might be at the top of your list of Mayan ruins to visit, touring the sites is a once in a lifetime experience you won’t want to miss. 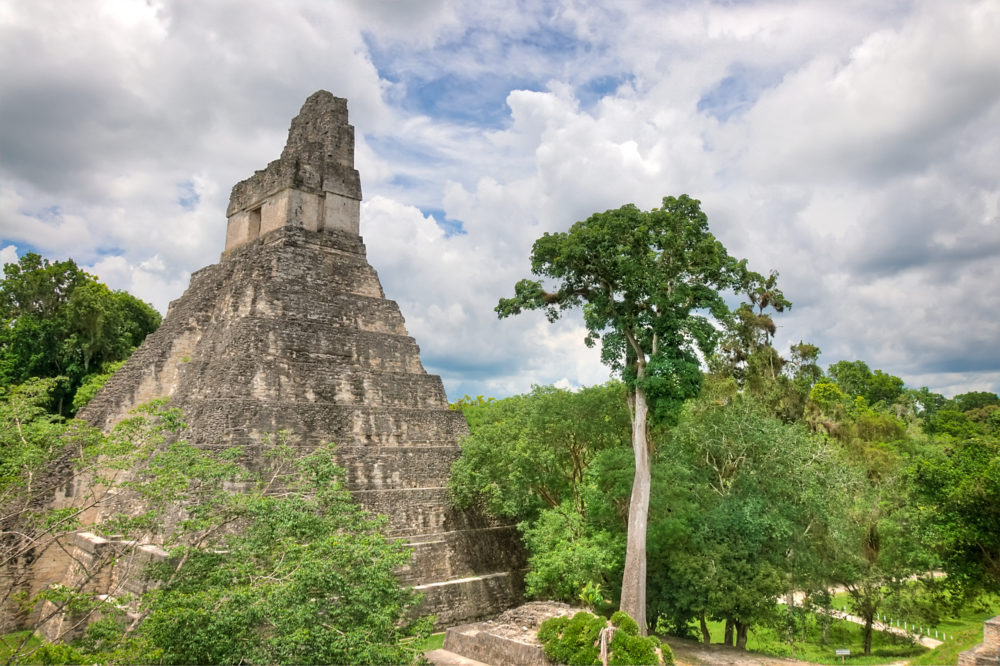 Our lodge’s close proximity to the Western Belize/ Guatemala border makes a trip to the epic  Tikal a breeze. Tikal is the largest Mayan ruin in Guatemala and the surrounding region. This majestic citadel had its peak period from 550 AD to 900 AD. What makes Tikal unique is that it’s one of the few places to earn both a natural and cultural UNESCO World Heritage distinction for its biodiversity and archaeology. The road to Tikal is paved with wonderful sights along the way. Your transfer is in a comfortable, air-conditioned vehicle with your English speaking driver/guide providing loads of interesting information and stories along the way. The views of the lakes on either side are beautiful and the driver will stop for restrooms and coffee on the way.

During your visit, be sure to look out for the tomb of Ah Cacau (Lord Chocolate), one of Tikal’s greatest rulers.

Due to the location of Tikal, only certified Guatemalan tour guides are authorized to conduct tours of the Tikal site.

What to wear/bring: Shorts, t-shirt, hiking shoes, hat, sunglasses, sunscreen, repellent, water (no food is allowed to cross the border), cash in US or BZ dollars for gift shop items PASSPORT! 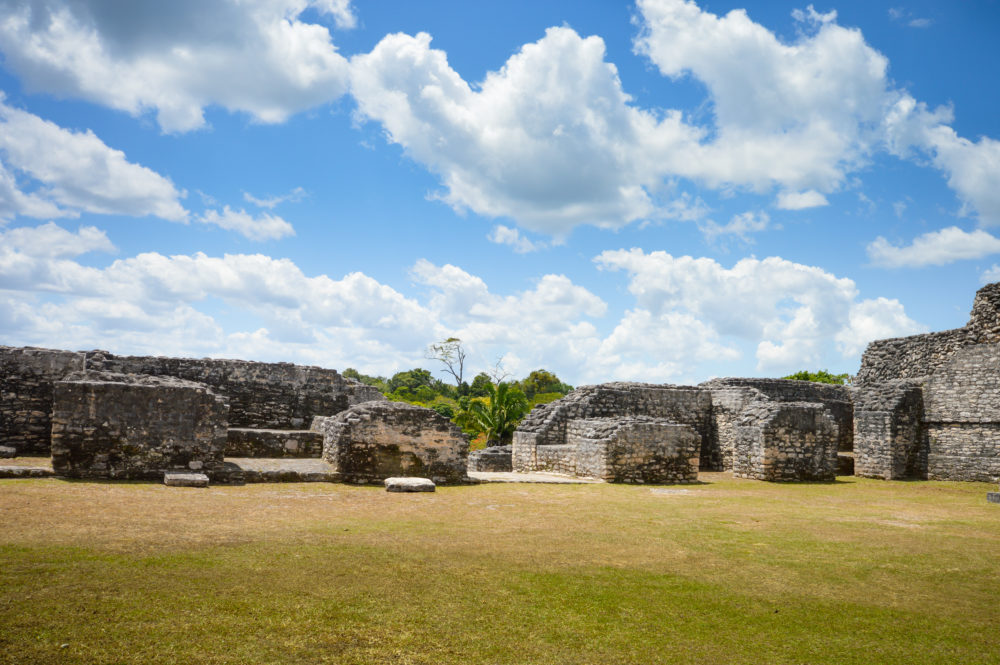 The Mother of All Mayan Ruins

Nestled in the foothills of the Maya mountains and the surrounding pine forest of the Chiquibul, lies the mother of all Belize Mayan ruins: Caracol. This is the largest Maya site in Belize and one of the largest in the Maya world. The grandeur of the ruins spans a 75-mile radius!  and it is larger than Belize City, which makes sense when you consider that almost 200,000 Mayan occupants once lived here!

This one-of-a-kind attraction features Mayan hieroglyphs, tombs, altars, and an observatory where you can look out over the “sacbeobs” (causeways) that sprawl out from the epicenter of the ruins. The crowning gem of this excursion is Caana or Sky Palace which at 145 feet high, towers above the rainforest. Caracol is famous for conquering the megalopolis Tikal when Tikal was at its peak. After exploring the main area of Caracol, drive to Rio Frio, Rio On, or Big Rock Falls for a refreshing dip and a delicious Black Rock picnic lunch.

Not included: Entry fees, lunch- Black Rock will provide a full picnic lunch at US$12 per person 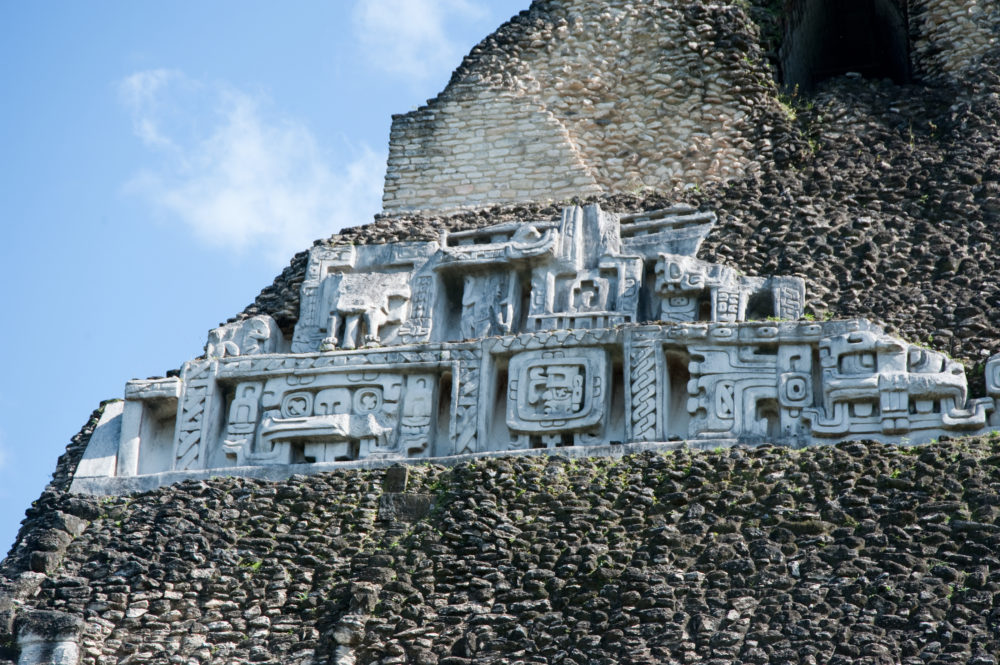 Xunantunich was one of the largest cities ever built by the Maya. It was believed to be lost for centuries until a local villager stumbled came across it in the 1890’s. At the time, he thought he saw the ghost of an ancient Maya maiden descending “El Castillo” — the main pyramid at the complex. Many others have claimed to have spotted the woman over time and it’s is how Xunantunich got its name meaning “stone woman.”

From Black Rock Lodge, guests will travel to the Mayan village of San Jose Succotz, on the banks of the Mopan River. There you will board a small hand-cranked pontoon ferry to get to Xunantunich.

Explore the Mayan Site together with our experienced and knowledgeable guide.

What to wear/bring: Shorts, t-shirt, walking shoes or sandals, camera, sunscreen, hat, repellent, US or BZ dollars for petty cash. 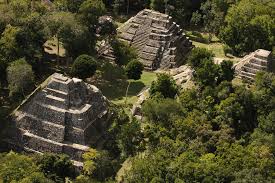 The Mayan site, Yaxhá is situated in a nature reserve in the heart of the Petén district. This popular archaeological site is fairly remote and a great option for those looking for a more intimate and less-crowded experience. Yaxhá, which translates to blue-green water, happens to sit on the beautiful shores of the Yaxhá lagoon. Being so close to the lagoon means you may encounter wildlife like the Morelett crocodiles, as well as, spider and howler monkeys.

One of the highlights of visiting Yaxhá is the beautiful views of the surrounding lakes and the Rio Azul. Climb to the top of Structure 216, the tallest temple here, to catch the sunset.

Unlike Tikal, restoration of this site is still ongoing. As a visitor, being able to speak with the archaeologists and a get first-hand insight into their work, gives one a greater appreciation of the accomplishments of the ancient Maya.

What to wear/bring: Shorts, t-shirt, hiking shoes, hat, sunglasses, sunscreen, repellent, water (no food is allowed to cross the border), cash in US or BZ dollars for additional fees, PASSPORT.

For a combination tour of Tikal and Yaxha -please speak to our reservations team. 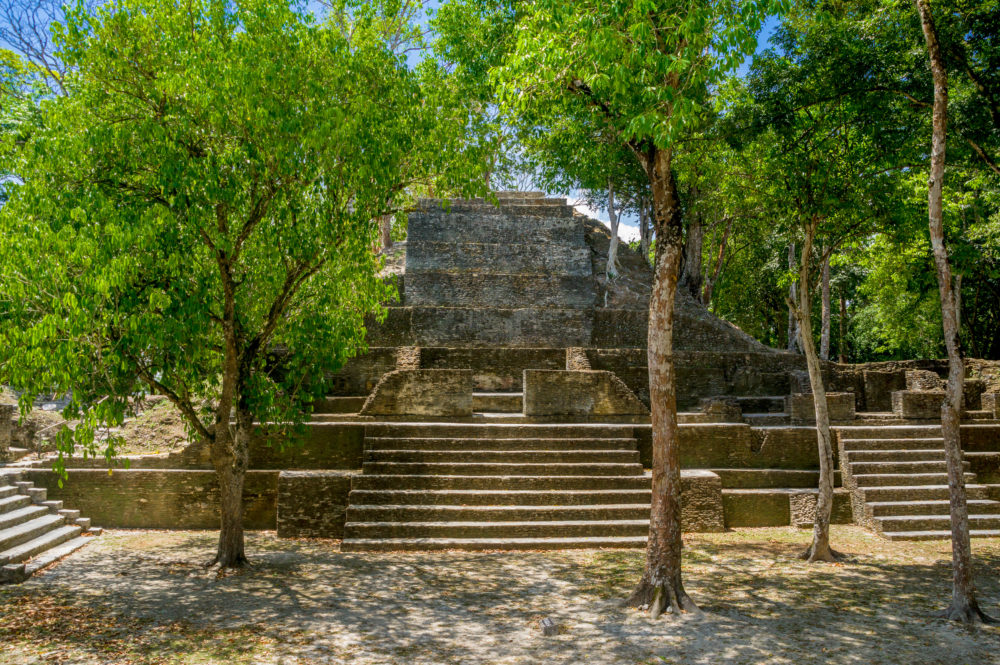 After exploring the site, a short drive to the outskirts of San Ignacio takes you to the architecturally diverse site of Cahal Pech (ka-hall pet-ch). Here you’ll have the opportunity to climb through the ruins, see examples of the “corbelled” arch (the Maya’s version of the Roman arch), and view 2,000-year-old red plaster still intact on the walls.

If you would like to visit any of the Mayan ruins, our Reservation and Tour team would be happy to assist with any questions about your excursion. Feel free to add any of these exciting tours to your accommodation. And visit our tour desk upon arrival for more information or support in making the best decision for you.